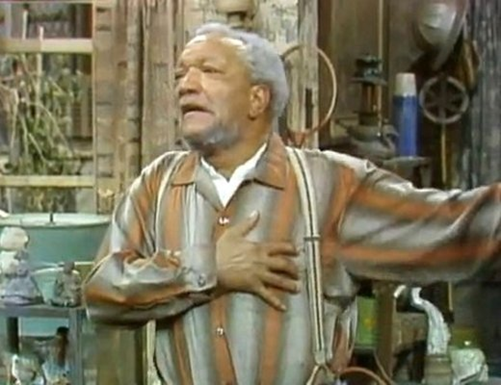 Foxx, whose real name was John Elroy Sanford, modeled the character after his real-life older brother, Fred Glenn Sanford (Fred died in 1965, seven years before the show premiered). The character Fred is an elderly, widowed, sarcastic, and cantankerous junk dealer. He is the proprietor of “Sanford and Son”, a junk and antique dealership which he runs out of his home, along with his son Lamont. Foxx appeared in all episodes of the series except nine (due to a contract dispute Foxx had with NBC) in 1974.