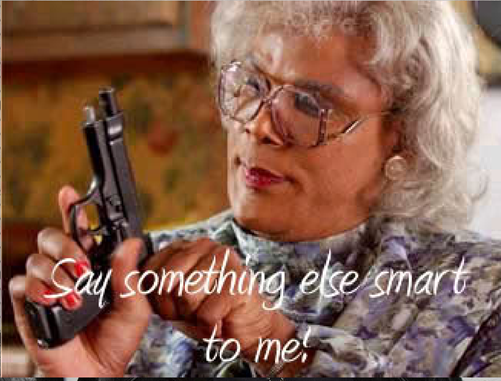 Tyler Perry created and performs the Madea character, a tough elderly black woman. Despite praising Perry in 2006, director Spike Lee criticized his work in 2009, stating “Each artist should be allowed to pursue their artistic endeavors but I still think there is a lot of stuff out today that is ‘coonery buffoonery’.” When asked if Perry’s success among black audiences was a result of just giving black America what they wanted, Lee responded, “the imaging is troubling.” Tyler Perry’s Madea’s Farewell play will be the final tour in the Madea franchise. The tour will start in late January 2019 starting in Oakland, California and ending in late May in Atlanta, Georgia