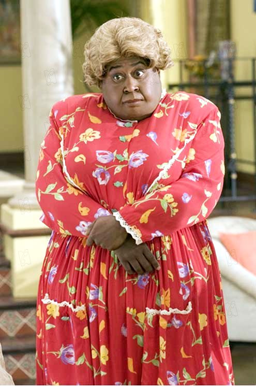 Some Like It Hot, Tootsie, Victor/Victoria and Mrs. Doubtfire all did the cross dressing bit a whole lot better than Big Momma’s House. The reason? They had a plot. Big Momma’s House just has situations for Martin Lawrence to ham it up.

Lawrence plays an FBI agent who goes undercover to find an escaped convict. He ends up in a woman’s defense class for no other reason than an attempt at a few cheap laughs you see coming a mile away. He plays basketball, like Robin Williams played soccer in Mrs. Doubtfire. He ends up in bed with a beautiful girl just like Jack Lemmon did with Marilyn Monroe in Some Like It Hot. As Patrick wrote, there is little originality here.