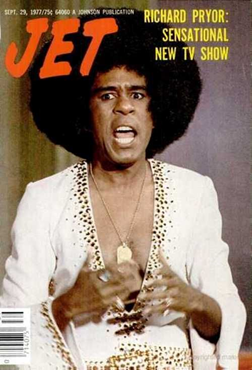 The Richard Pryor Show premiered on NBC in 1977.  The show was cancelled after only four episodes as Pryor was unwilling to alter his material for network censors. During the short-lived series, he portrayed the first black President of the United States, spoofed the Star Wars Mos Eisley cantina, took on gun violence, and in another skit, used costumes and visual distortion to appear nude.