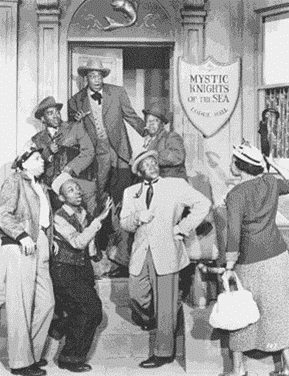 Adapted to television, The Amos ‘n Andy Show was produced from June 1951 to April 1953 with 52 filmed episodes, sponsored by the Blatz Brewing Company.[35] The television series used black actors in the main roles, although the actors were instructed to keep their voices and speech patterns close to those of Gosden and Correll. Produced at the Hal Roach Studios for CBS, the show was among the first television series to be filmed with a multicamera setup, four months before I Love Lucy used the technique. The series’ theme song was based on radio show’s “The Perfect Song” but became Gaetano Braga‘s “Angel’s Serenade”, performed by The Jeff Alexander Chorus. The program debuted on June 28, 1951.

The main roles in the television series were played by the following black actors: