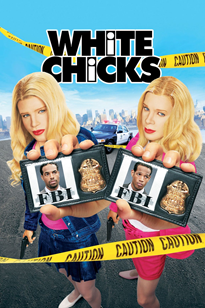 White Chicks is a 2004 American comedy film directed by Keenen Ivory Wayans. It stars Shawn Wayans and Marlon Wayans as a pair of FBI agents donning whiteface to go undercover as white women in order to solve a kidnapping plot. White Chicks was theatrically released in the United States on June 23, 2004. The film was met with a mixed reception, and was nominated for five Razzies. It grossed over $113 million worldwide, and became one of the highest grossing comedy films of 2004.